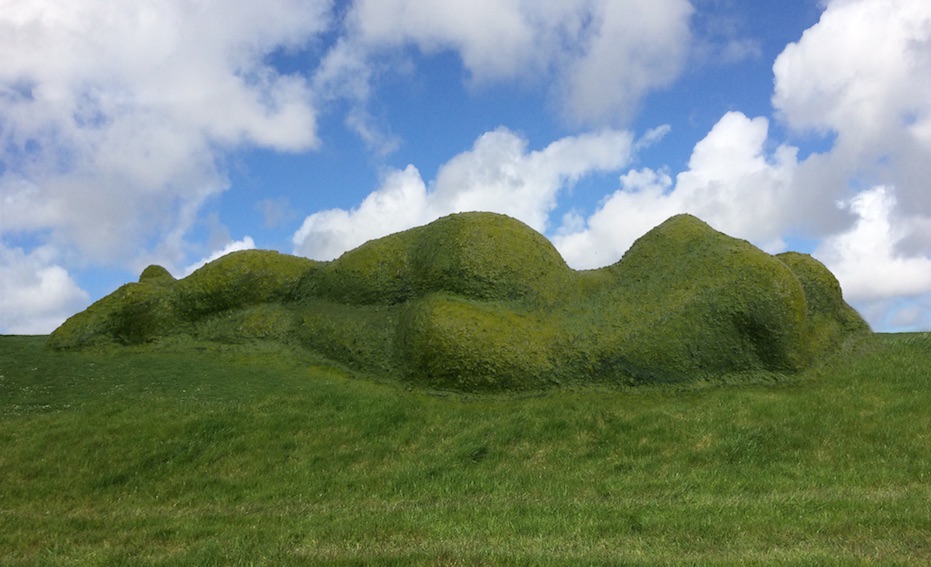 The traditional Dutch polder landscape, rectilinear, with extensive fields, mathematically framed by tight ditches. Land, artificially extracted from nature. Straight dykes that disappear endlessly into a point on the horizon. As if this landscape was specially designed to stand in stark contrast with the capriciously shaped Dutch cloudy skies. The exciting cloudy skies seem to emphasize the linear vanishing perspective of the landscape even more. The capriciousness of organic forms of cloud and nature in contrast with this Dutch artificial landscape inspires Brokke.

The tight dyke, which visually separates sea and land, lies like a fortress in the landscape, a functional defense against the sea. To what extent can we view the sea defense in a more scenic way? Perhaps with a whimsical, ‘lusty’ shape here and there? Can we approach the dike more as a ‘guardian’ instead of a ‘fortress’?
This is how the idea was born to take the term ‘dyke body’ literally. A nice round, lascivious shape, large reclining female nude.

Lying beautifully with her ‘fertile’ forms near the dike. Behind it is the nursery for the seed potato and the land for many other vegetables. As part of the sea defense, it offers security and safety.

The visual work of artist Nienke Brokke always has a narrative element. The study of theater design at the Rietveld Academy has contributed to this.
As a ‘Gesamtkunstwerk’ in theatre, Nienke likes to work with multiple art disciplines that together form a whole. Because of that narrative side, Nienke Brokke designs educational projects in addition to land art and theater sets. She is good at connecting content with an art discipline.

The land art project ‘the Dame’ was her graduation project at the Rietveld Academy in 1997. We are working hard to actually realize the project in the next coming years. 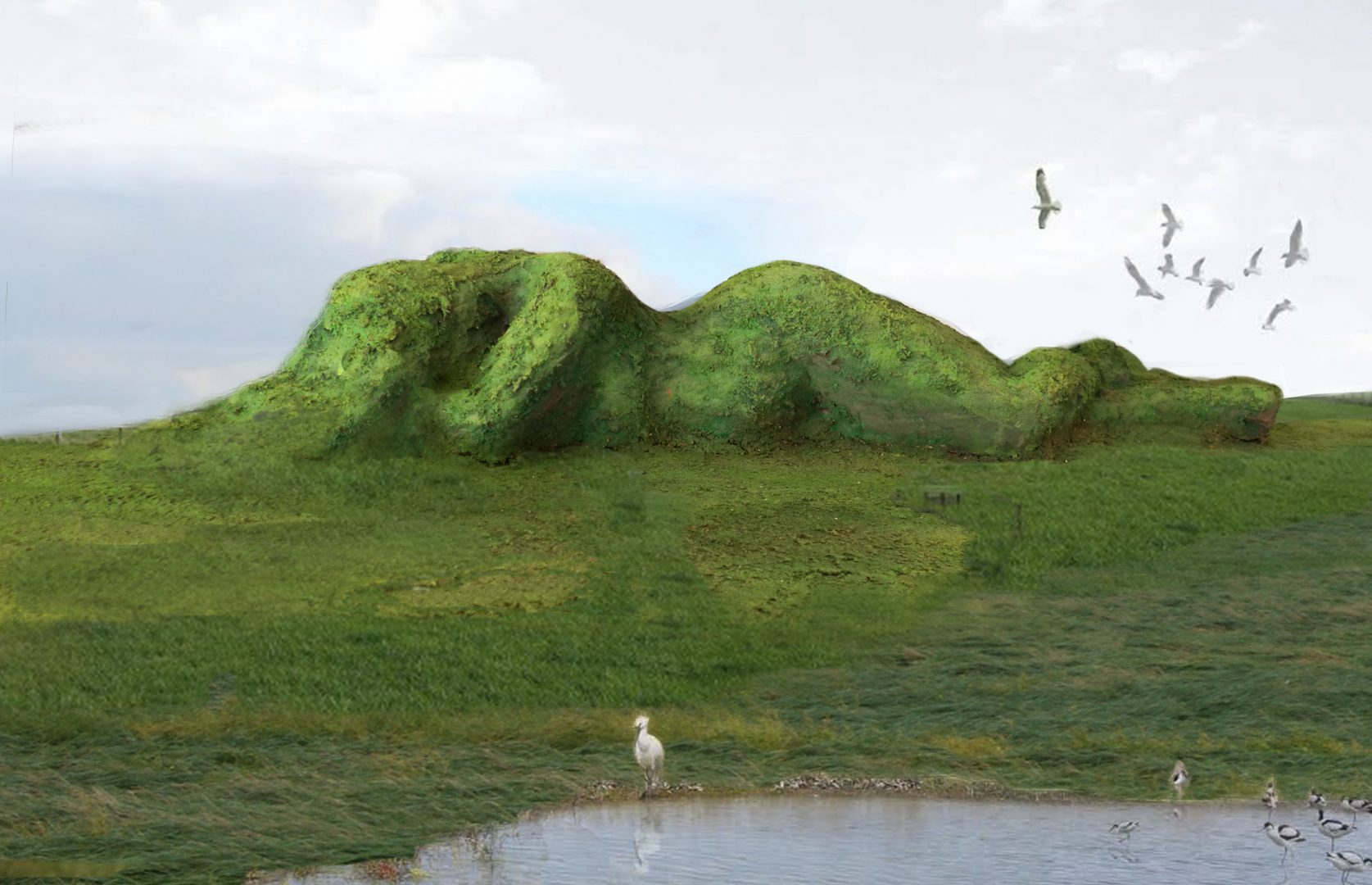 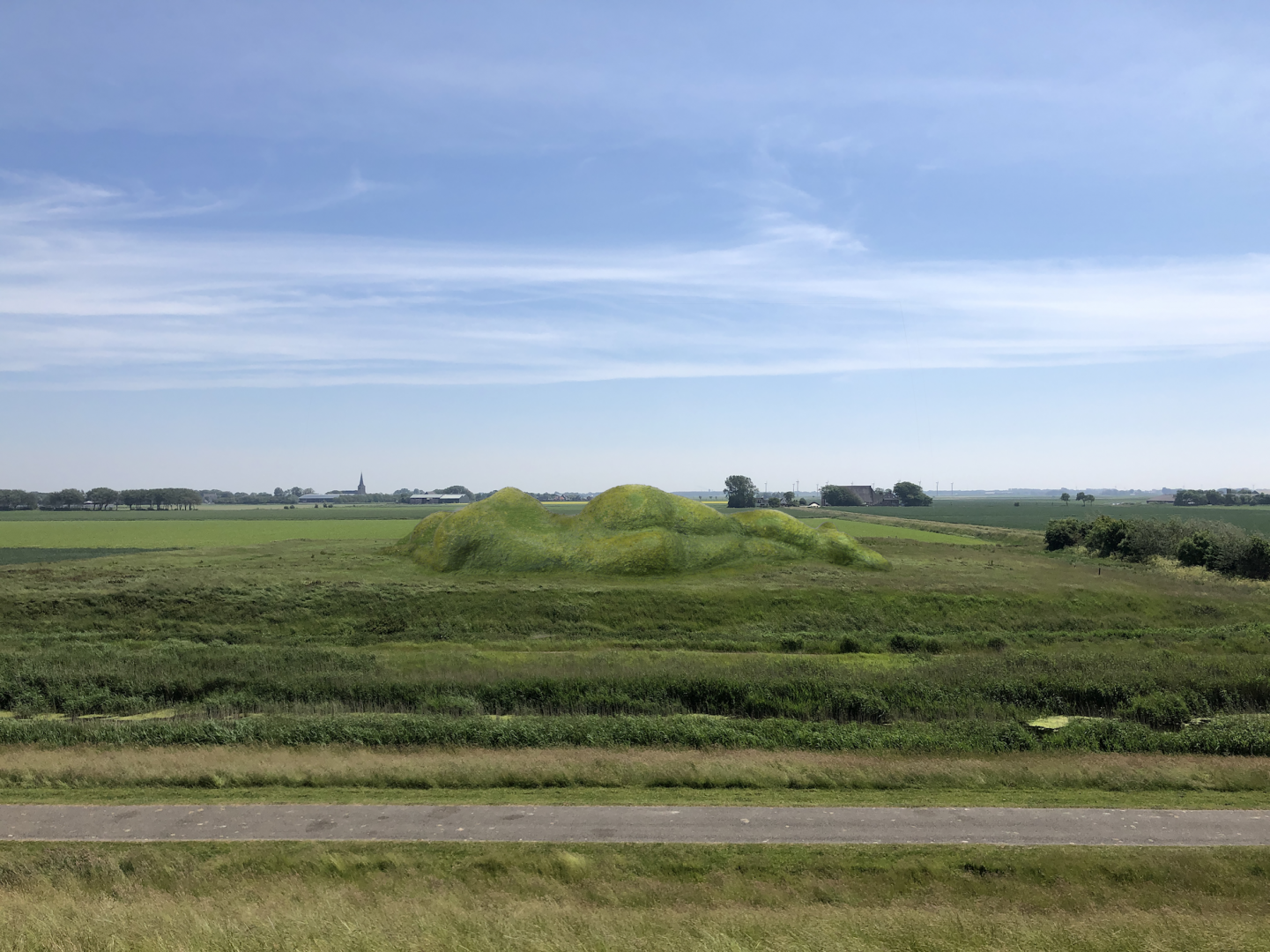