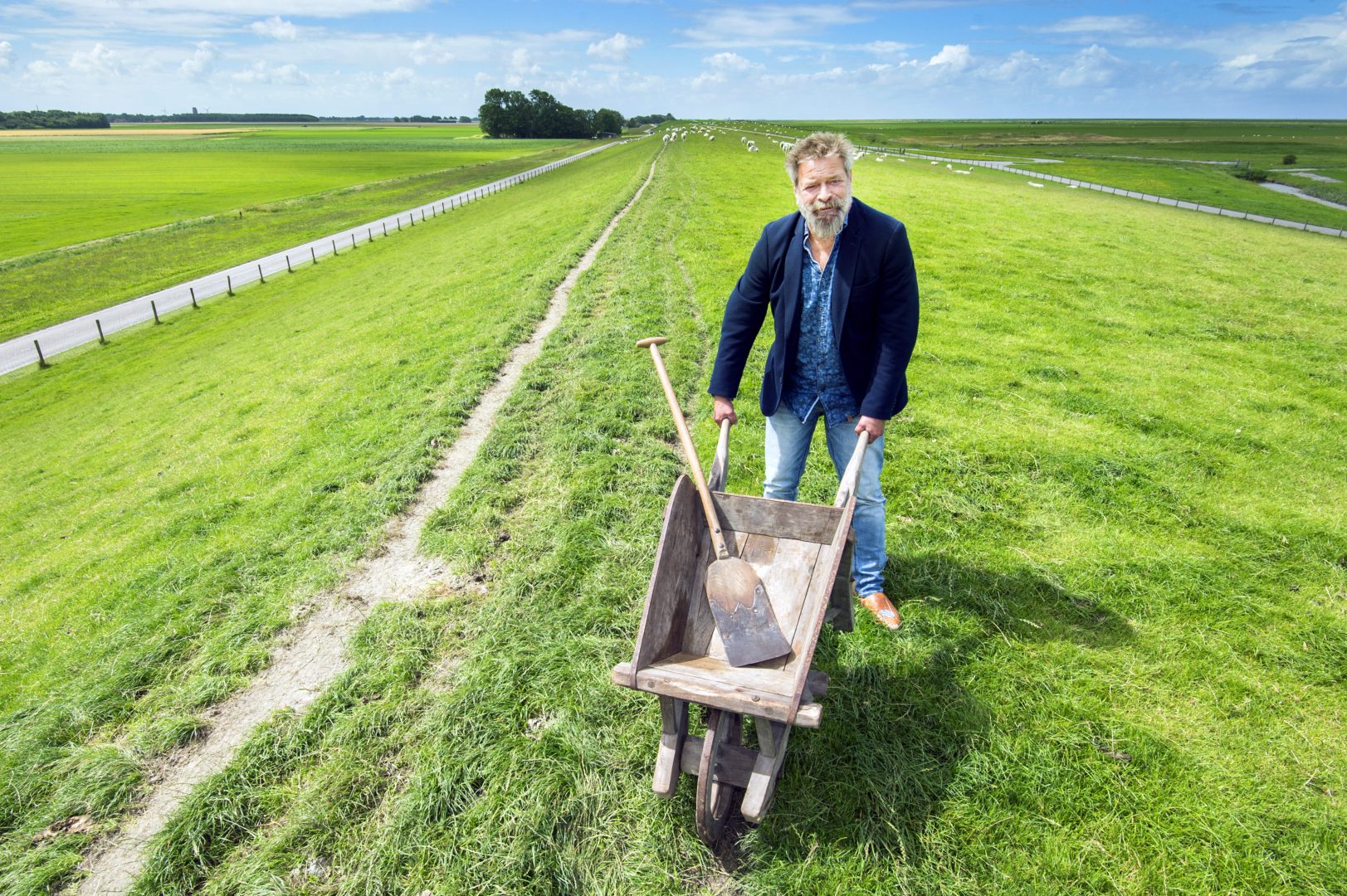 We wolle ús klaai werom (‘we want our clay back’). Few people are aware that a large number of the nearly thousand mounds (terpen) found in Friesland province at one time have been excavated, with the clay being used to enrich the peat soil and sandy soil in more economically disadvantaged areas. Although canals were dug, railway lines installed, and so on, the episode – which involved a massive operation – is barely a footnote in local history books. In order to revive this part of the province’s history, researchers are attempting to establish what happened to the clay, and the local population has been symbolically reclaiming the clay by sourcing it from different areas.

The village of Blije is currently investigating the building of the Terp fan de Takomst (‘Mound of the Future’).  In the autumn of 2018, towards the end of year in which Leeuwarden and Friesland are the Cultural Capital of Europe, the village requested all villages and farmers from the North of the Netherlands to return a small shovel or wheelbarrow filled with the ‘relocated’ clay to the village of Blije. This will then be used to ‘plant’ the Terp fan de Takomst, a safe new meeting place outside the dike. The return of the clay was commemorated in a special way.

We wolle ús klaai werom was a one-day event designed to raise awareness of the rich history of the Frisian landscape.