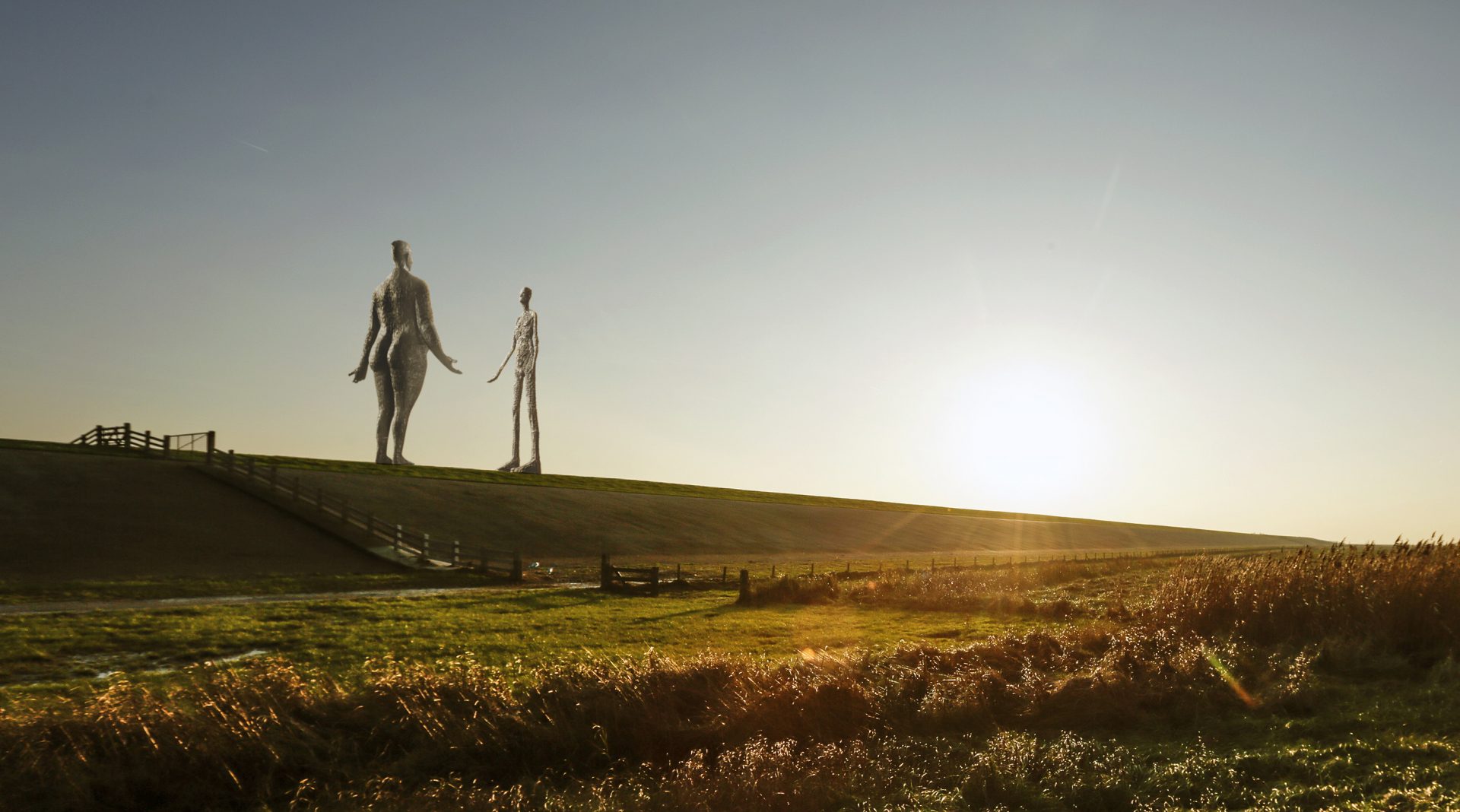 The statue consists of two metal welded 5 meter high women. One big woman, the other one slender, looking out over the sea. You can position yourself in-between these women, and take their hand. The statue represents the search for balance and exchange.

Jan Ketelaar is an artist from Friesland. In 2002 he graduated from the Minerva Academy,
cross-disciplinary sculpture. By the name of ‘Potzenmakerij Ketelaar’ he makes so called ‘potzen’: serious jokes.

He exhibited in e.g. Portugal, Bremen and New York.
Several times he travelled (by fork truck) through the Netherlands with his very tall statues.
In 2014 his Royal fence was placed around the 1st Royal lime-tree in the Netherlands. The fence was a bench, shaped of lime-tree leafs.

Apart from being a sculptor, he also writes and publishes poems.
In 2008 and 2012 he was in the final of the NK Poetry Slam.
Last year his first bundle was published: “Of a man who thought, I don’t want to think anymore”.
As a “potzenmaker’ he organizes literary and cultural meetings. He is also a planner.
In 2014 the policy regarding the search for lapwing eggs in Smallingerland changed on his initiative. 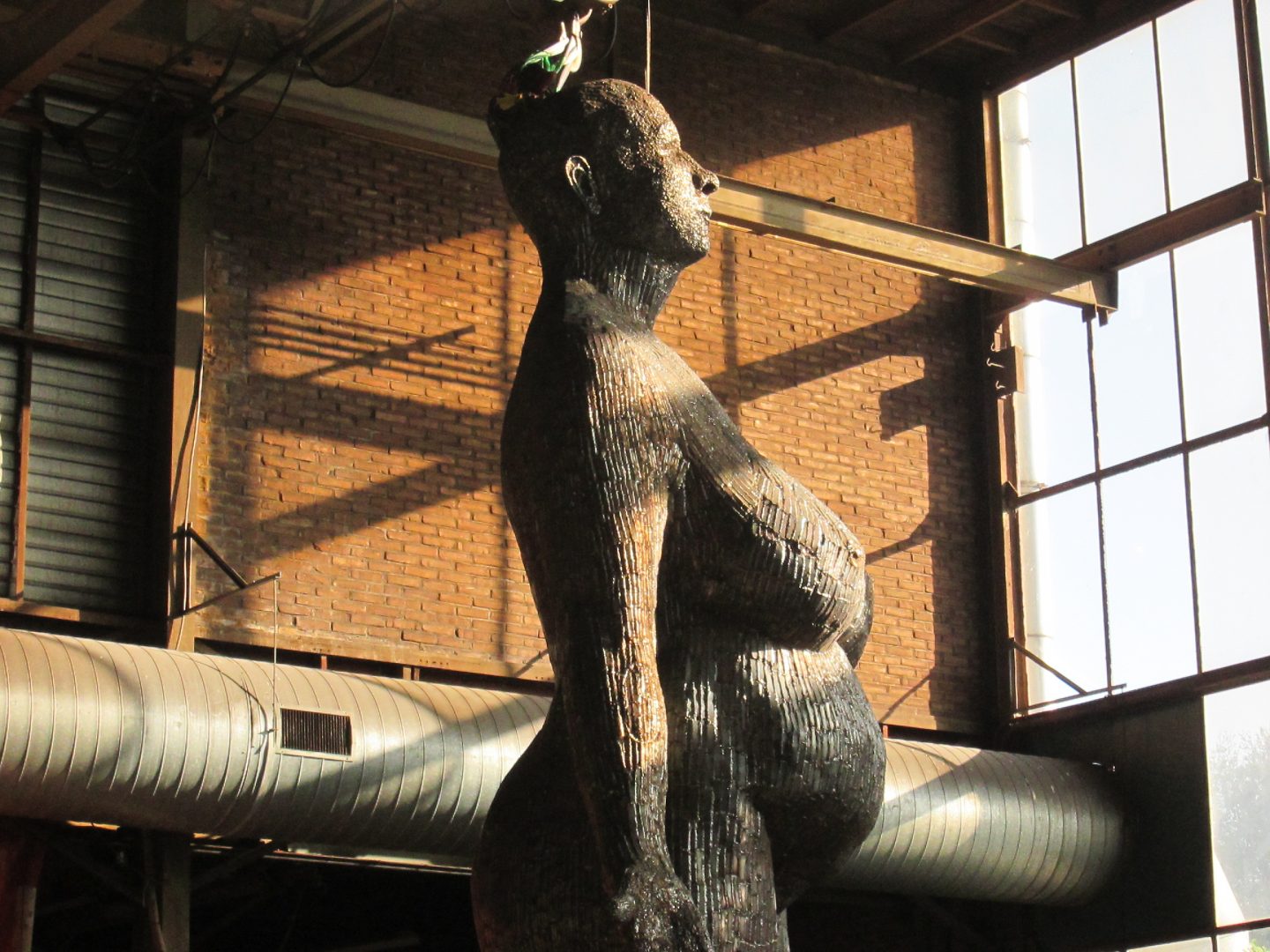 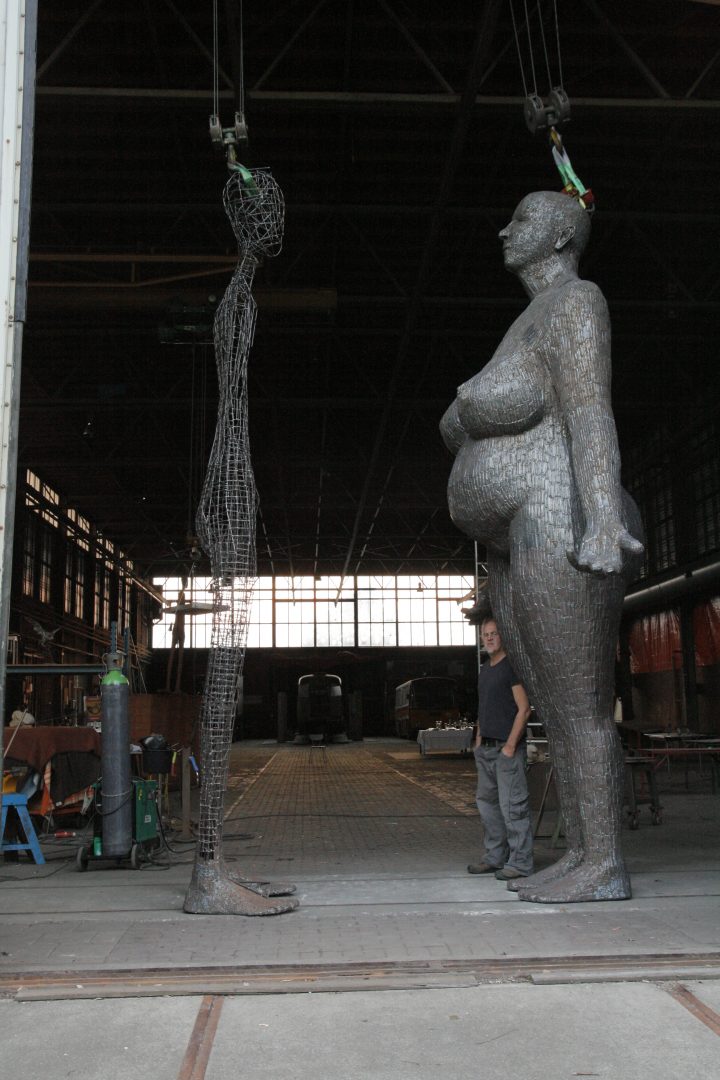